The University Awards Committee welcomes applications for The University of Alabama’s six Premier Awards, the highest honors given at the Capstone.

The University of Alabama established Premier Awards to recognize UA students, faculty, and staff who exemplify the highest standards of scholarship, service, leadership, and character. The Sullivan Award is the oldest of the Premier Awards, first awarded to UA students in 1928. The most recently endowed Premier Award, the Judy Bonner Presidential Medallion, was first awarded in 2016. Each of these awards honors the legacy of an activist, academic, or individual who made important intellectual and inspirational contributions to his or her community. Student awards are focused on juniors and seniors, but we encourage all students to become familiar with the awards in preparation for future application. Class status is determined by anticipated graduation date, not necessarily by hours.

Applications are typically available at the beginning of September of each fall semester and are due in mid-November. The University Awards Committee reviews applications and determines the winners of the Premier Awards. The Boards for the Mayer, Ramsey, and Randall Awards work closely with the University Awards Committee in identifying recipients from among the pools of exceptional applicants for their particular awards. Decisions are made in January, and recipients are immediately notified of their selection for these prestigious honors. Recipients are celebrated at a banquet later in the spring semester and are given special recognition during the Tapping On The Mound Ceremony during UA Honors Week. 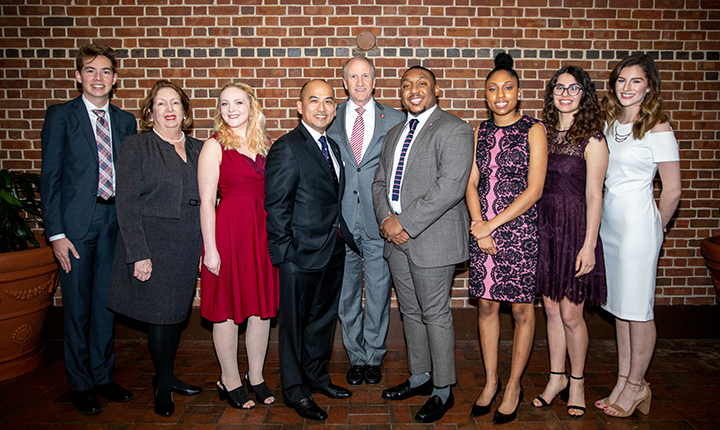 Read the letter from President Bell about the Premier Awards. 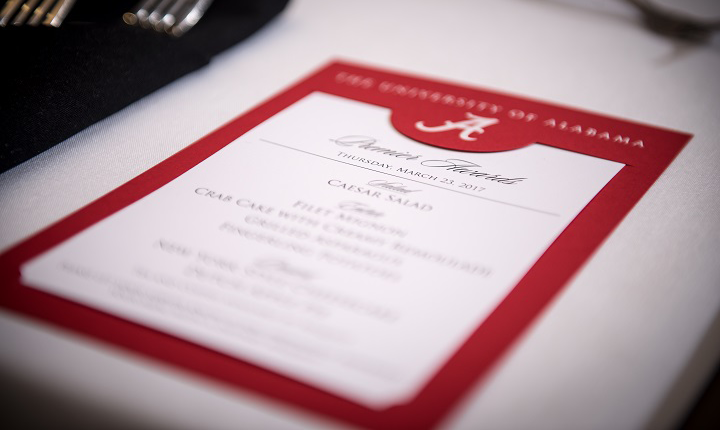 Take the next step in the UA success story, and apply for a Premier Award or nominate someone today. 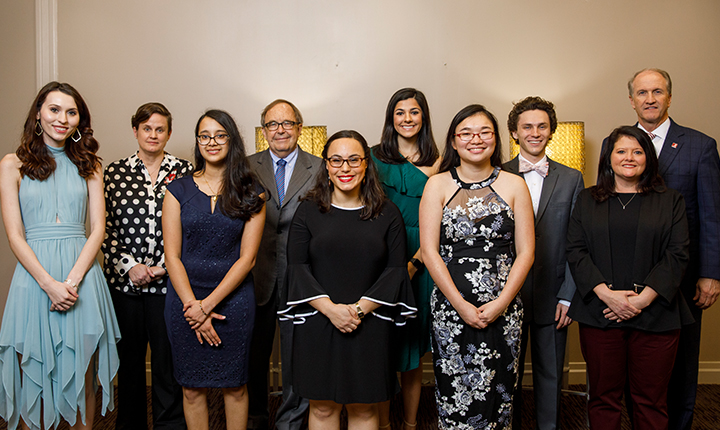 See a full list of our past recipients of UA Premier Awards. Learn more about their impressive accomplishments, selfless service, and unique contributions to campus life at the Capstone.